One of the most exciting days in history of Nevis was realised with the establishment of the island’s first radio station on June 18, 1988.This event was witnessed by hundreds of residents and visitors, including over 250 residents of the British Virgin Islands, the wider Caribbean and the United States. 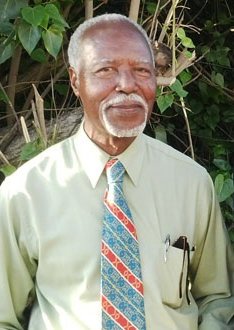 The VON Radio idea was conceived two years earlier by BVI Nevisian resident, Mr Merrit Herbert. “In the early part of 1986 I visited Nevis just after some heavy rains which had set the ghauts overflowing and made the roads impassable in some areas”. a dangerous situation indeed. I asked a taxi driver how the public was alerted in cases like this. His reply to me was “Nevis is the only place without a radio station, so we have to make out how we can”. I replied to him – this was too bad. Consequently, the journey to establish the Eastern Caribbean’s Power House got underway. Spearing no time on that same trip, Mr Herbert met with then Minister of Communications, the Honourable Ivor Stevens (deceased). In this brief meeting they discussed the idea of establishing a radio station on Nevis. After another informal meeting with Mr. Stevens, Herbert expressed his desire to establish such a venture, indicating that he had also spoken to Premier, the Honourable Simeon Daniel.

Meantime, Mr Herbert engaged a group of engineers based in Pennsylvania, USA to study the initiative and advise him on the procedure for quality testing. After testing in four areas it was decided that Bath Village had proven to be super.

The relevant permits to set up the radio station frequency were sought and received from the St. Kitts-Nevis Government and the International Body in Geneva. Construction on the actual building began in early 1988. The Broadcast Equipment was imported and the date was set for the grand opening on June 18, 1988.

Since then VON RADIO has been striving to provide THE BEST service to all its Listeners, Fans and Clients. Exactly fifteen (15) months and the official Sign On, the strength of the Power House was severely tested and proven. That was in September 1989 when the destructive 150mph winds of Hurricane HUGO swept through the Caribbean. While other stations were literally blown away, the novice Power House Team stood firm and provided a source of information and comfort as well as a point of contact for relatives and friends, during that period. VON Radio was also resilient in 1995 during Hurricanes LUIS and MARILYN; and also accomplished similar feats when Hurricanes GEORGE and LENNY struck in September 1998 and November 1999 respectively.

Besides the Hurricane Coverage, the first 15 years has been crowned with hundreds of signal moments. The Flagship Program – “Let’s Talk”, hosted by veteran Talk Show Host, Evered Webbo-Herbert continues to receive rave reviews. This program was launched at inception, but has consistently hit the airwaves every Tuesday night since 1992. Apart from its highly informative content, it provides a platform for residents of the Federation to air their concerns on topical issues.

On December 1st 1995, another significant dimension was added to VON Radio’s programming. In keeping with its wider mandate, the VON NEWSLINE was officially launched by Prime Minister and Minister of Information, Dr., the Honourable Denzil L. Douglas. This initiative has been commended highly for its reliability and consistency.

View other big Community Broadcasting Moments in the history of VON Radio.

Two other proud moments for VON Radio are worthy of mention. In February 2000, an alliance was forged with Web Developers, NET.KN on St Kitts to take the 895AM signal into cyber space. This accomplishment has brought a tremendous multiplier effect to the VON Radio Listening Audience which is now spread not only across the wider Caribbean region, but around the world.