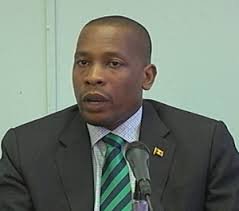 Governor of the Eastern Caribbean Central Bank (ECCB), Mr. Timothy Antoine, disclosed during an ECCB Digital Dialogue panel discussion, that the bank is on the verge of releasing their first digital currency, the DXCD.

The ECCB Digital EC Currency (DXCD) Pilot Project was first launched on March 12th 2019, with long term goals of financial inclusion, growth, competitiveness, and resilience for the benefit of the citizens of the ECCU according to the eccb-centralbank.org.

Once officially launched, the currency will appear in a coin form on digital devices such as smart phones and tablets in four (4) pilot countries namely: St. Kitts and Nevis, Antigua and Barbuda, Grenada and St. Lucia.

However, given that the ECCB released new EC Polymer notes, will the new digital currency completely replace the cash spending”? Governor Antoine addressed this concern:

Panelist and Policy Analyst of the ECCB, Ms. Kieran St. Omer explains how banks, businesses and the wider public will be able to get involved in the pilot project:

The digital currency has the same fixed exchange rate of $2.70 EC to USD$1.

Governor General of St. Kitts and Nevis hospitalized at JNF