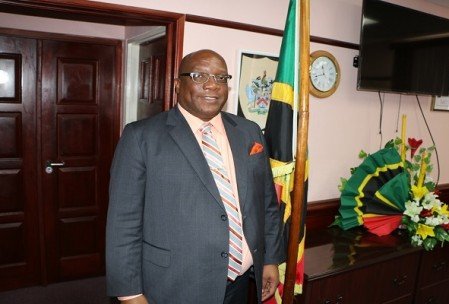 Prime Minister and Minister of National Security, Dr. the Hon. Timothy Harris stated that collaborative operations are being conducted by the St. Kitts-Nevis Defence Force, the Royal St. Christopher and Nevis Police Force and other partner agencies in the national security framework.

A recent Proclamation by the Governor-General, His Excellency Sir S. W. Tapley Seaton, granted enhanced powers to the Defence Force for the next six months, in accordance with Section 7 of the Saint Christopher and Nevis Defence Force Act. The Act came into force on July 18th 1997, 20 years ago.

With reference to Section 7(1) of the Act, it reads in part: “The Governor-General may, acting in accordance with the advice of Cabinet, call out the Defence Force for service in aid of the civil powers for a period not exceeding six months, with their arms and ammunition, where it is deemed that the resources of the civil powers need to be augmented.”

Dr. Harris stated on July 21st, that “exceptional operational, strategic and tactical operations are proactively being done in the interest of citizens and residents’ safety.”

Under the previous Labour Party-led administration, the St. Kitts-Nevis Defence Force was called out in 2011 and Governor-General (at the time), Sir Cuthbert Sebastian, issued an “Instrument for the Call Out of the Defence Force in Aid of the Civil Powers.”

The aim of these collaborative operations is to reduce crime and violence, here in the federation.