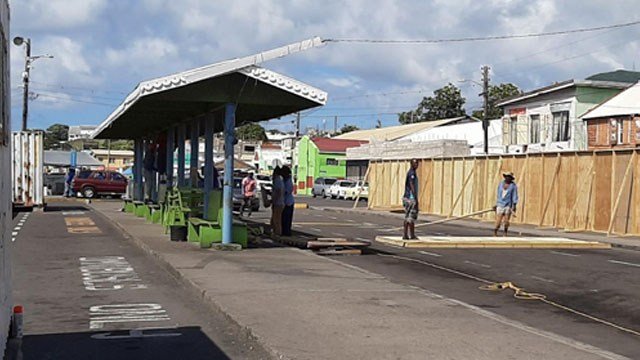 Effective Wednesday, January 8th 2020, from 6am, parking is restricted at the West Bus Terminal, in Basseterre,  St. Kitts to all private vehicles.

According to a notice from the St. Christopher & Nevis Police Force, this is due to the rehabilitation work at the West Bus Terminal, (which is next to the Ferry Terminal).

However, only Taxis and Motor Omnibuses are permitted to park in the above mentioned area.

The rehabilitation work, which is being carried by E & J Construction, under the auspices of the St. Christopher Air & Sea Ports Authority (SCASPA), began in October, 2019 and was earmarked for completion by December, 2019.

While the bus terminal will occupy the same physical space as the current one, improved features will include: increased holding capacity, fully covered facility, comfortable seating and defined passenger holding areas.

Meanwhile, taking into consideration of the fact that the West Bus Terminal project has not been completed, the VONNEWSLINE has made attempts to contact the Minister with responsibility for SCASPA and Public Infrastructure, the Hon. Ian “Patches” Liburd.

We were unsuccessful in contacting the Minister but questions such as why the project has not met its completion date, still remain.