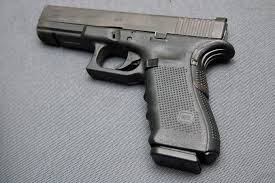 Two women and one man have been charged for the illegal firearm and drugs police discovered in a home in Rawlins Village, Nevis on the weekend.

The trio was charged after police executed a search warrant on the Rawlins property early Saturday morning (July 8), and seized a 9mm pistol and eight rounds of ammunition, and a quantity of marijuana.

At the time of the discovery, there were five occupants in the home, three adults and two juveniles; only the adults were detained by police.

The firearm found in Rawlins was the 5th illegal weapon seized on Nevis so far this year.

To date, police have taken 28 illegal guns off the streets of St. Kitts and Nevis in 2017.

Vehicle engulfed in flames in Charlestown