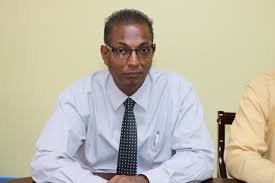 According to a release from NEVLEC, the electricity demand on Nevis is presently being met by seven diesel engines at the NEVLEC Prospect Power Station and a Wind Farm at Maddens.

Approximately 97 percent of this demand is met by the Prospect Power Station and three (3) percent from the Wind Farm.

Two of the seven engines at the Prospect Power Station produce approximately 70 percent of its output, with the other 30 percent coming from engines that on average are approaching 30 years old and as a result are no longer very reliable.

The release also mentioned that “the time is now approaching, based on engine running hours, when the largest and most reliable engine is due for a major overhaul.  The overhaul is necessary to ensure that it continues to operate in a most efficient manner and to avoid break downs.”

Mr. Pultie expounded upon why the engine will be overhauled in October.

St Kitts and Nevis has lost $188 million EC in revenue as a result of COVID-19, so says PM Harris