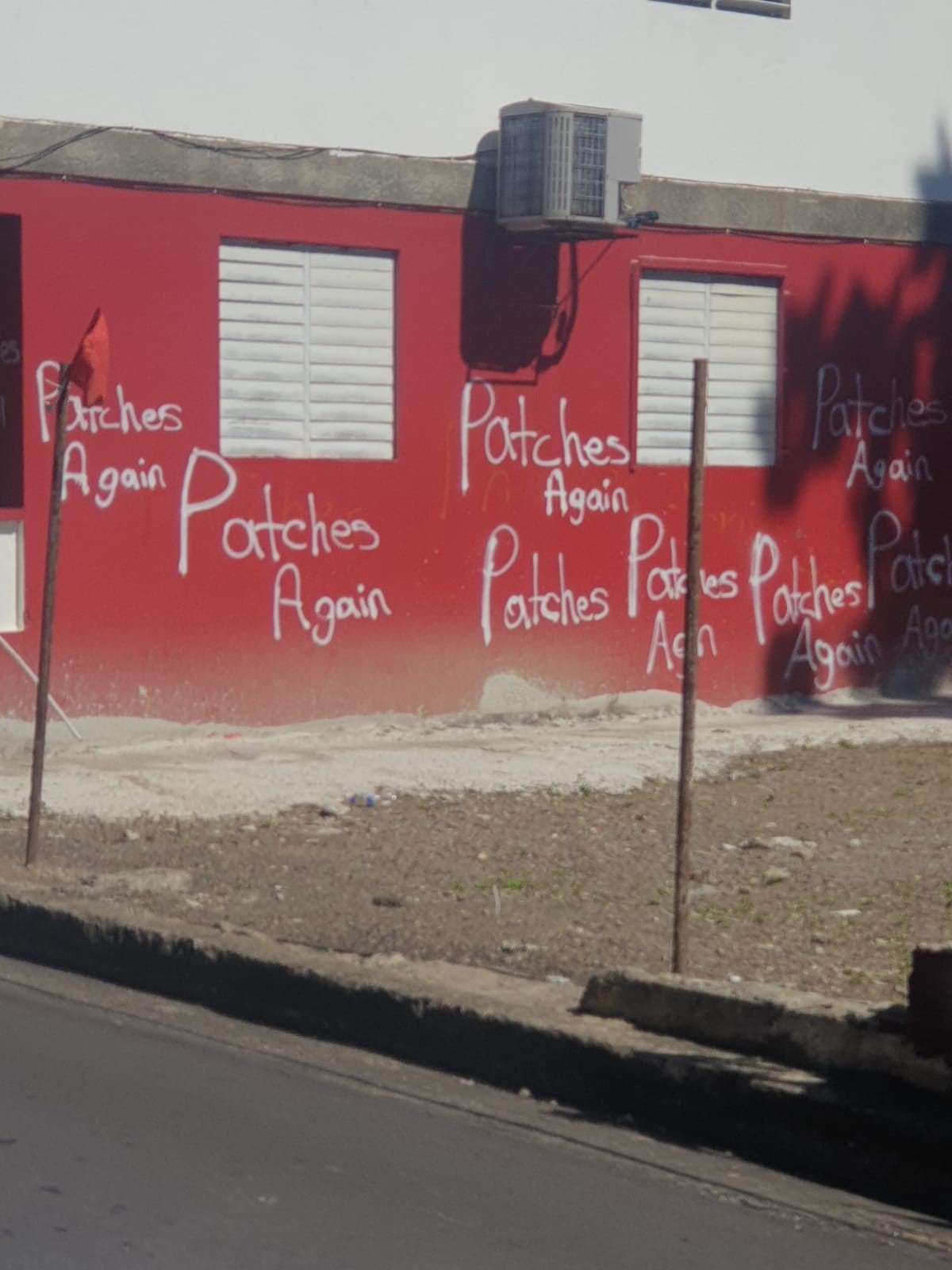 The East Basseterre Constituency Office of the St. Kitts-Nevis Labour Party (SKNLP) candidate, Dr. Geoffrey Hanley, has been vandalized for the third time in as many months, according to reports reaching the VONNEWSLINE and appears to have occurred during the weekend.

“Harris Again!” was written on sides of the building by the perpetrator or perpetrators.

There has been attacks on properties occupied by SKNLP candidates, since 2015.

On the morning of the February 16th, 2015 general elections, the Campaign Headquarters of Central Basseterre, Member of Parliament (MP) and SKNLP candidate, the Hon. Marcella Liburd was broken into, damaged and burnt.

On November 27th 2017, the Constituency Office of West Basseterre MP, Hon. Konris Maynard was broken into, ravaged and more than 60 percent of the building was burnt.

The Constituency Office of His Excellency, Steve Wrensford, the SKNLP Candidate for #4, was extensively gutted by an early morning blaze, on October 28th 2019.

On December 3rd 2019, perpetrators sprayed graffiti with the name of the current Parliamentary Representative, Hon. Ian Patches Liburd on the sides of the SKNLP’s East Basseterre Constituency Office.

However, the party in recent times has told the VONNEWSLINE that “it will not be intimidated by acts of vandalism and hopes for fair and peaceful elections.”

Nevis to hold by-election on Mar. 5th 2020, provision made for persons with misplaced national ID cards

Former Premier and lone Member of the Opposition (NRP) here on Nevis, retires from active Politics