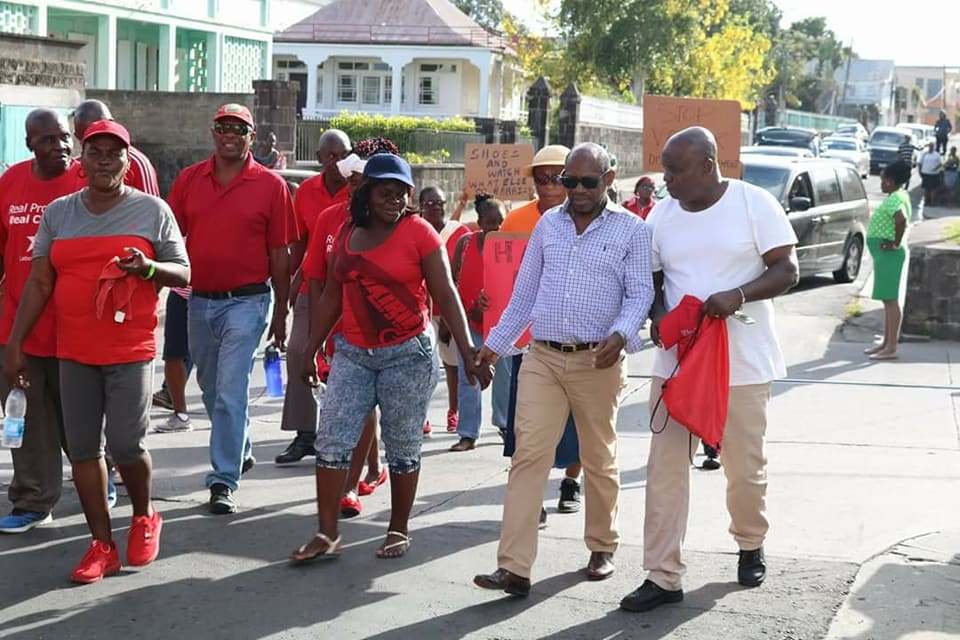 On Friday, February 21st 2020, supporters of the St. Kitts Opposition, the St. Kitts-Nevis Labour Party (SKNLP) staged a protest in the streets of Basseterre, St. Kitts.

This is the second protest staged by party supporters, this month.

Police estimated the crowd was made up of 80 people comprised of supporters, candidates for the upcoming elections and party leader, Dr. the Hon. Denzil Douglas.

On Monday, February 17th 2020, a similar protest was held outside the Prime Minister’s Office at Church Street, Basseterre, St. Kitts, one day after the anniversary celebrations of the Team Unity Administration’s 5th year in office.

It is believed that the protests are due to the fact that election has not yet been called.

According to the St. Kitts-Nevis (SKN) Constitution, an election shall be held within 90 days of the first sitting of the new parliament.

Therefore, the current administration has until August 2020 to call the elections.