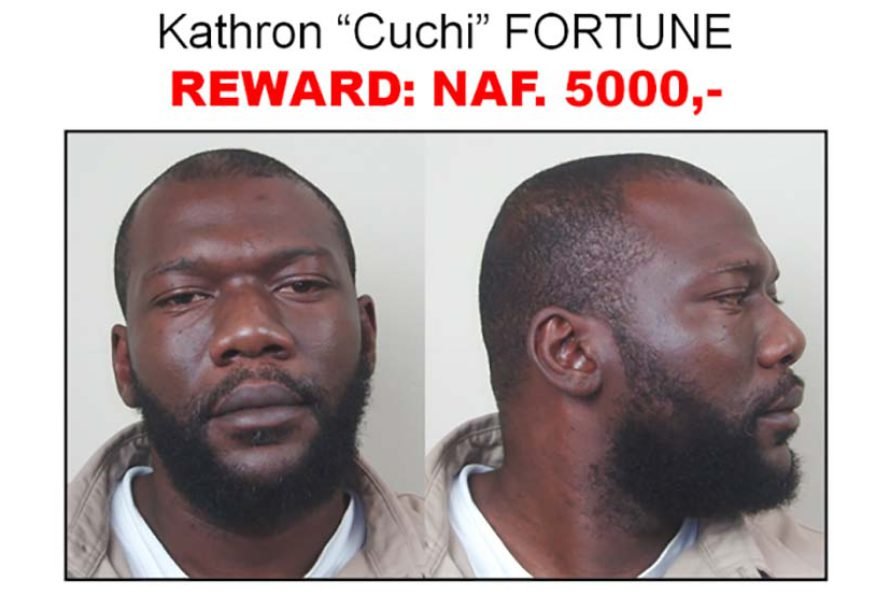 The fugitive that escaped from St. Maarten in late July and was apprehended by members of the Royal St. Christopher and Nevis Police Force, has been deported back to St. Maarten.

On Saturday 29 July 2017, officers acted on information and arrested fugitive Kathron “Cuchi” Fortune. Kathron had in his possession a high powered Firearm (Bush-master) with a large quantity of matching ammunitions, a Bulletproof Vest, a large quantity of cured Marijuana, some Hashish and a sum of US Currency.

He was given other charges in relation to the find and also his illegal entry into the Federation, subsequently. On Friday Aug. 4th, he appeared before the District B Magistrate to answer the charges against him.

The DPP, having assessed the matter with a view to determine the best course to adopt, determined that the best option is to discontinue the charges.

The DPP exercised the powers so vested in him under section 65 (2) (c) of the Constitution to discontinue the charges. This prepared the way for Mr. Fortune’s immediate expulsion from the Federation.

A deportation order was then sorted and he was deported to St. Maarten later that day (Aug. 4th) and escorted by Law Enforcement officials of St. Maarten. Kathron was an escaped felon and was serving a twenty-one (21) year sentence, for a murder charge and escaped from prison on February 15th 2016.

DPM Richards says Team Unity continues to build country for everyone, and he will be 1st PM from SP