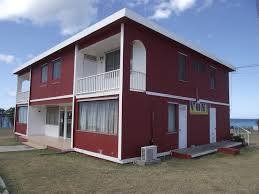 “Only THE BEST will do”

That has been the Eastern Caribbean’s Powerhouse, VON Radio’s motto for many years and as the Voice of Nevis (VON) Radio, celebrates its 32nd anniversary on Thursday June 18th 2020, this marks another significant milestone for the institution.

Back in 1988, history was made with the establishment of the island’s first radio station on June 18th.  The VON Radio idea was conceived two years earlier by BVI Nevisian resident and Founder of Von Radio, Mr. Merritt Herbert (deceased).

Mr. Herbert visited Nevis and at the time, some heavy rains caused the ghauts to overflow and made the roads impassable in some areas. He asked a taxi driver how the public was alerted in cases like this.

His reply was “Nevis is the only place without a radio station, so we have to make out how we can”. Consequently, Mr. Herbert met with then Minister of Communications, the Hon. Ivor Stevens (deceased). In this brief meeting, they discussed the idea of establishing a radio station on Nevis. After another informal meeting with Mr. Stevens, Herbert expressed his desire to establish such a venture, indicating that he had also spoken to Premier, the Hon. Simeon Daniel.

The permits to set up the radio station’s frequency were sought and received from the St. Kitts-Nevis Government and the International Body, in Geneva. Construction on the actual building began in early 1988. The Broadcast Equipment was imported and the date was set for the grand opening on June 18th 1988.

Tags: Only THE BEST will do, Von Radio, VON Radio celebrates its 32nd anniversary

NIA announces removal of all duties, VAT and service charge on laptops and tablets for next 90 days